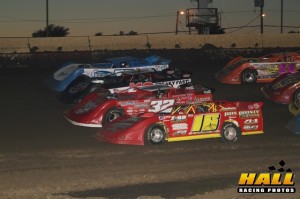 PEORIA — There were no local feature winners Wednesday night during the DIRTcar UMP Summernationals stop at Peoria Speedway. But local fans couldn’t have asked for more from the three feature races on a hard track that was very fast. Series points leader Bobby Pierce of Oakwood, Ill., and NASCAR veteran driver and announcer Kenny Wallace each had dominant victories.
Pierce won the 40-lap Super Late Models main event and a $5,000 payday. Pierce bounced back from a rare off night the previous day, when he barely got on the track because of trailer problems, for his eighth Summer Nationals win of the year. The 19-year-old took the lead on the backstretch of the ninth lap and didn’t give it up during a caution free race that produced his 15th career win in the series. “They did a great job preparing this track,” Pierce said. “The track was smooth and fast.” Pierce is called the “Smooth Operator,” and that came in handy with 22 cars hogging the small track. The leaders caught lap traffic by the sixth lap. Pierce took his lead when Kevin Weaver of Gibson City got behind a lapped car, and Pierce was able to get under him. “I was just glad that we were able to get through traffic good,” Pierce said. “He got behind somebody. Sometimes it’s better to be second than first in that situation.”
Pierce, who won by 2.88 seconds over Weaver, was at his best coming off the corners. “The bottom was very fast and we could maneuver around there,” he said. Wallace led the entire 25-lap Modified race but that doesn’t mean it was easy. He prevailed by .553 seconds over Levi Kissinger of Mt. Vernon, Ind., and was pressured throughout. But Wallace was very strong coming off the corners and repeatedly stretched his lead on both straightaways.“That’s the set up of the car,” Wallace said. “That’s what we wanted it to do and it handled perfect.” This was only the sixth time Wallace raced in the car after he rolled one he liked at Quincy. “This is really like a brand new car,” Wallace said. “I loved that other one and wanted this one to be just like it. I run the Summer Nationals because these trophies are so cool. This made my summer.” The fans gathered at the start line fence and were able to banter with the very conversable Wallace from victory lane. “I love these guys,” Wallace said. “Every promoter in the United States would have cancelled this race, look at all the water around. But they worked hard to run this and the fans were great. “Peoria Speedway is a great little racetrack. It’s a little bullring, but it runs big and runs fair, and the drivers like that.”
Decatur driver Jeremy Reed won the 12-lap Hornet race for his 14th feature win of the year and the points lead. Jason Plumer and the Peoria Speedway staff will promote Thursdays Knox County fair race in Knoxville IL. Then this Saturday is the Norwood Pub-N-Grub Mid-Season Championship. 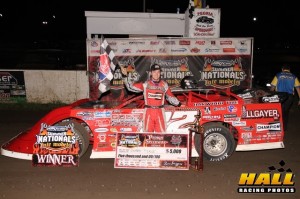 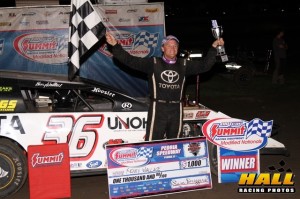 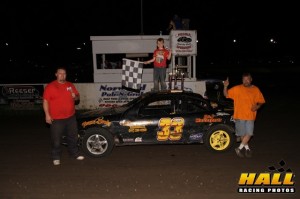 Going to be chilly Saturday night but whose ready to go racing!!! All classes will be on hand for the Gary Cook Jr Memorial paying $1564 to UMP Modified Winner. 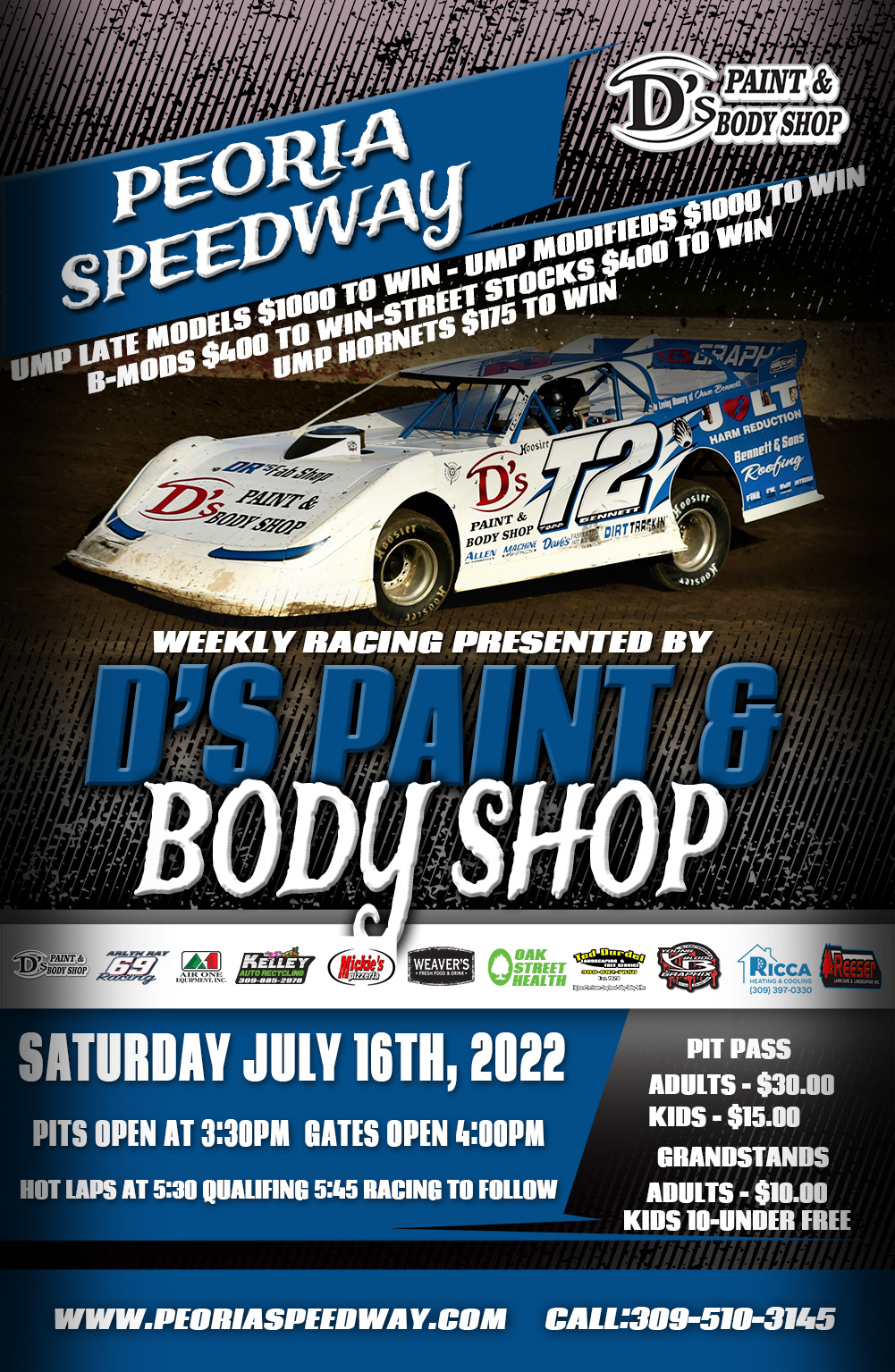 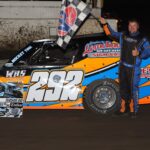 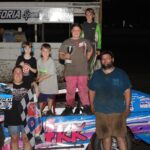 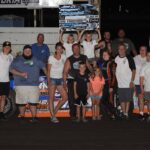 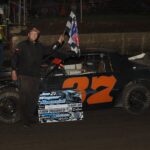 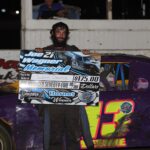